We’re a highly collaborative and supportive team, coming together on every project to ensure our clients get the very best result. 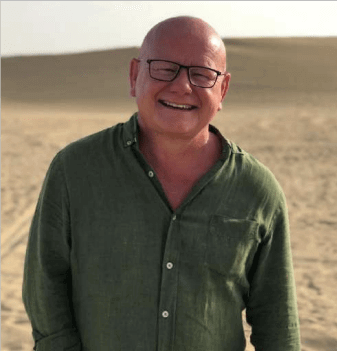 Upon graduating from the Guildhall School of Music & Drama, Rob worked for the International Yehudi Menuhin Foundation, followed by a successful freelance career in London, working for a number of world-renown orchestras, including the Royal Philharmonic Orchestra.

After a career of recording and performing around the world, playing violin in front of queens and presidents alike, he then joined Sarah Brightman's team as her tour manager.

Once again he circled the globe, managing hugely successful tours in some of the most prestigious venues in the world.

Combining all his skills, Rob then started MA Concerts in the UK, producing large scale events around the UK.

In total, he has been involved with over one thousand concerts in the UK and abroad.

In 2014, he joined forces with his business partner, Daniel Goldberg, to expand into the GCC region. Together they have produced concerts in UAE, Oman, Bahrain, Qatar, India & Saudi Arabia.

As an ex-professional broadcaster from London, Daniel's roots are firmly based in the entertainment business.

He managed the careers of several acclaimed artists as well as running his own recording label, distribution and publishing companies.

In 2006, using his well-rounded entertainment industry experience, he identified a gap in the Middle East for talent management and event production.

Since then, he has been based in Dubai and has brokered hundreds of talent deals and toured artists across the region including the first Middle East and India tours for Ed Sheeran, Michael Bublé, Drake and countless others, in turn contributing majorly to ever-evolving entertainment landscape in the region.

With clients ranging from Meydan, Atlantis The Palm and Dubai Opera, MAC Global has become an industry leader in the field.

Kathryn qualified as a Solicitor in 2009 and worked for 5 years in private practice in the UK before moving to Dubai and into the arts, joining Dubai Opera at the pre-opening stage.

In her 5 years at Dubai Opera Kathryn worked closely with the Chief Executive in overseeing key stages of the venue’s design and construction, the creation of the strategies and policies for a brand-new cultural enterprise for Dubai and securing a world-class musical, theatrical and event line-up to perform throughout the year.

She assisted in creating an operating structure and recruitment of a full show and venue operations team of 100+ employees with an aim to be EBITDA positive within five years through the development of commercial sponsorship, marketing, catering, merchandise and ticketing offers to promote performances and drive revenues.

In addition to this, Kathryn worked as a Duty Manager at Dubai Opera, overseeing the Front of House Operations, during live shows/events for audiences of over 2,000 people.

More recently, she has assisted in all aspects the opening of Maraya, a purpose-built venue in Al Ula, Kingdom of Saudi Arabia.

To provide experiences that create the most value for our partners; the best entertainment for ticket buyers, and to host world-class events to attract people to the region.

We strive to go above and beyond the norm for our event partners no matter the challenge. We aim to bring the biggest names in entertainment to the Middle East.

“Their professional approach to artist recommendations had led to a sales increase year on year.” Play Video
We use cookies on our website to give you the most relevant experience by remembering your preferences and repeat visits. By clicking “Accept All”, you consent to the use of ALL the cookies. However, you may visit "Cookie Settings" to provide a controlled consent.
Cookie SettingsAccept All
Manage consent

This website uses cookies to improve your experience while you navigate through the website. Out of these, the cookies that are categorized as necessary are stored on your browser as they are essential for the working of basic functionalities of the website. We also use third-party cookies that help us analyze and understand how you use this website. These cookies will be stored in your browser only with your consent. You also have the option to opt-out of these cookies. But opting out of some of these cookies may affect your browsing experience.
Necessary Always Enabled
Necessary cookies are absolutely essential for the website to function properly. These cookies ensure basic functionalities and security features of the website, anonymously.
Functional
Functional cookies help to perform certain functionalities like sharing the content of the website on social media platforms, collect feedbacks, and other third-party features.
Performance
Performance cookies are used to understand and analyze the key performance indexes of the website which helps in delivering a better user experience for the visitors.
Analytics
Analytical cookies are used to understand how visitors interact with the website. These cookies help provide information on metrics the number of visitors, bounce rate, traffic source, etc.
Advertisement
Advertisement cookies are used to provide visitors with relevant ads and marketing campaigns. These cookies track visitors across websites and collect information to provide customized ads.
Others
Other uncategorized cookies are those that are being analyzed and have not been classified into a category as yet.
SAVE & ACCEPT